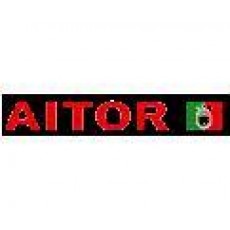 Aitor is a Spanish cutlery manufacturer established in the Basque Country. He specializes in sports and professional cutlery. It is a quality brand known especially in Spain but also in the rest of the world, since they have manufactured cutlery for a large number of armies from all over the world. Aitor has many models well known by collectors Eduardo Yago Trigo, hunters as his famous knives Oso Blnco, Montero, Safari, Hunter, also military professional models such as the Oso Negro (Cuhillo de Monte) Botero, Ranger, Warrior or also models of survival that has given him such fame as the Jungle King, Bucanero, Commando, Survival. 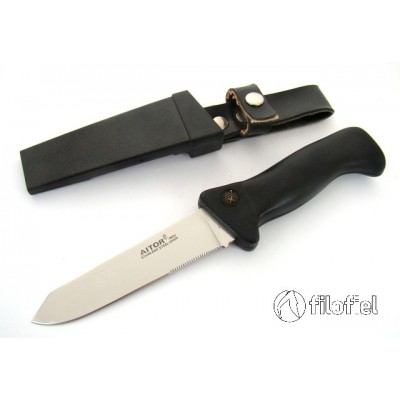 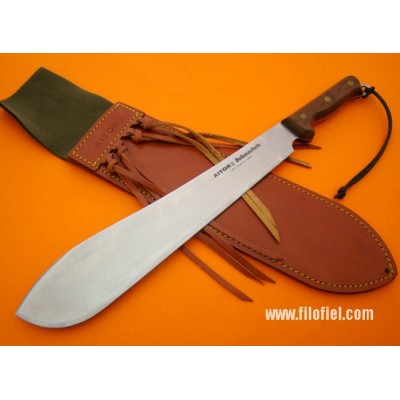 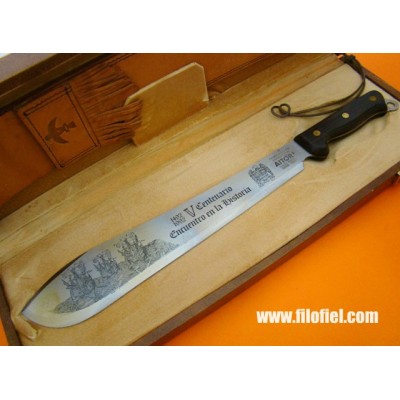 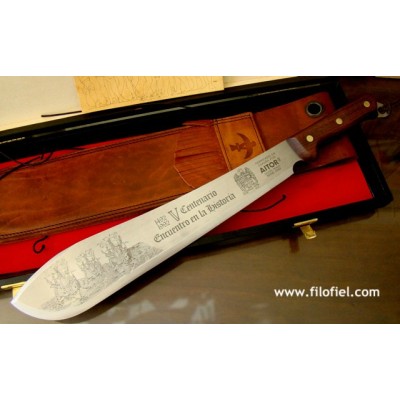 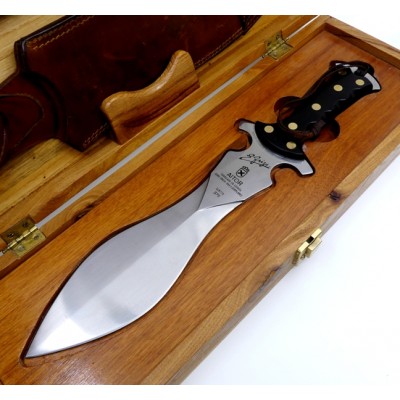 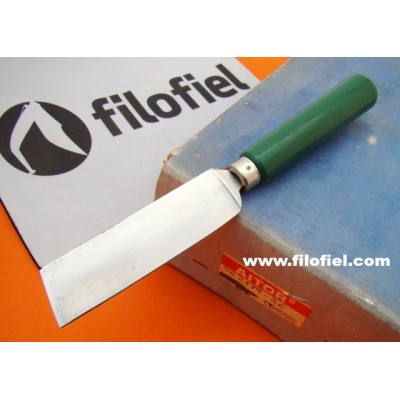 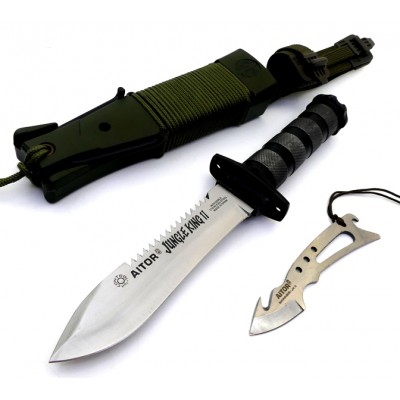 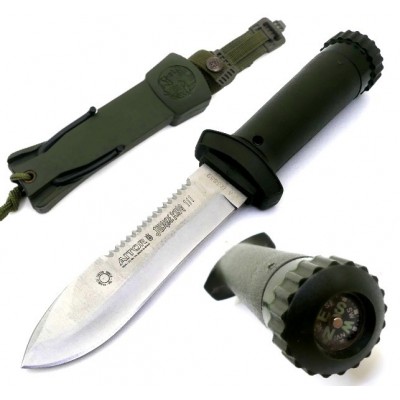 New
Brand: Aitor (antes 2002) Model: Jungle King III
Aitor Jungle King III Antiguo Second Hand
Materials: Blade: CrMoVa stainless steel. Handle: polyamyd. Sheath: polyamyd.Hollow grip with screw knob.Tube with survival tools.Compass on the knob.Folding slingshot.Important: it is a second-hand knife. Exactly the same as you see in the photos. Measurements: Blade: 107 mm. Overall: 22..
75.00€
Ex Tax:61.98€
Add to Cart
Add to Wish List Compare this Product
Buy Now
Showing 1 to 9 of 9 (1 Pages)
We use our own and third-party cookies to obtain statistical data on the navigation of our users and improve our services ... more information here