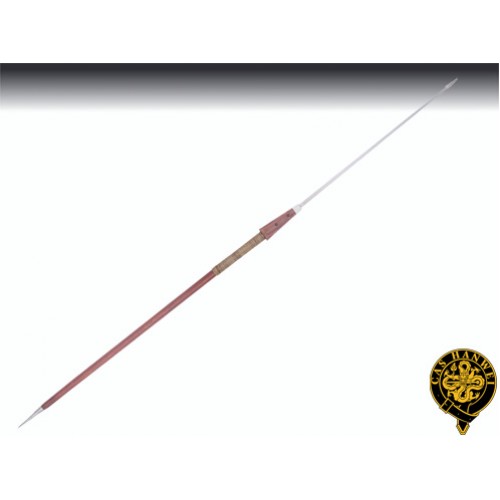 Out of Stock
Hanwei Pilum xh2031

Roman Pilum The Roman trooper typically carried at least one Pilum, a weapon as intrinsic to Roman combat tactics as the short sword. The Pilum had a long, relatively soft iron shaft which, though certainly capable of penetrating its intended target, was likely to bend on striking armor or the ground, thus making it useless to be thrown back. A common tactic when using the Pilum against troops with shields was to pierce the opponent’s shield, whereupon the shaft would bend, making extraction difficult. The opposing soldier, thus encumbered, was likely to throw down his shield, losing his defense against the infamous Roman short sword. Our Pilum is of the traditional flanged type and may be disassembled for ease of transportation to events.

Quickview
Hanwei Practical Katana sh1070
315.00€ Ex Tax:260.33€
Add to Cart Add to Wish List Compare this Product
We use our own and third-party cookies to obtain statistical data on the navigation of our users and improve our services ... more information here