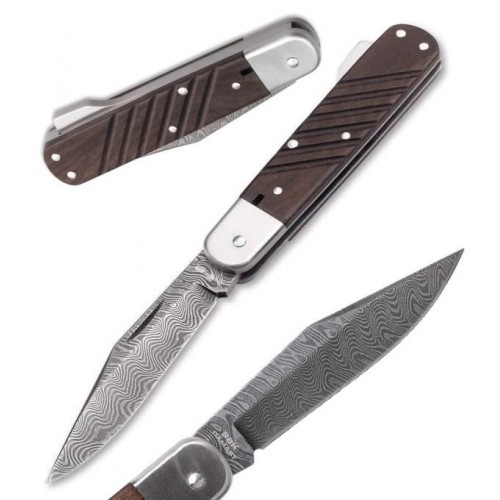 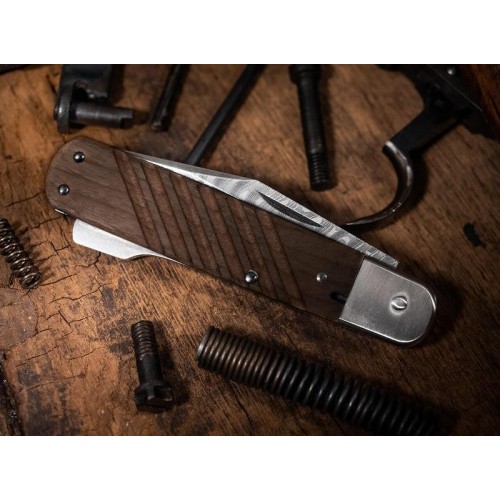 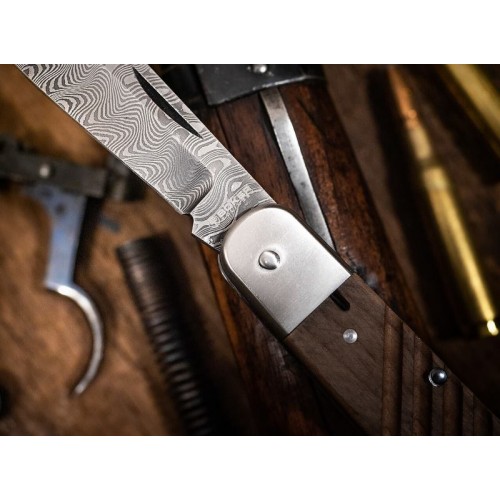 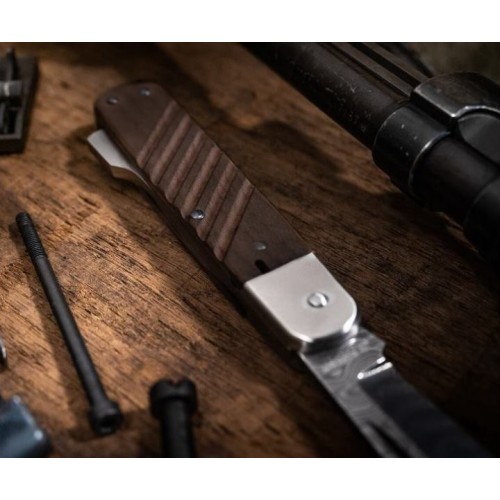 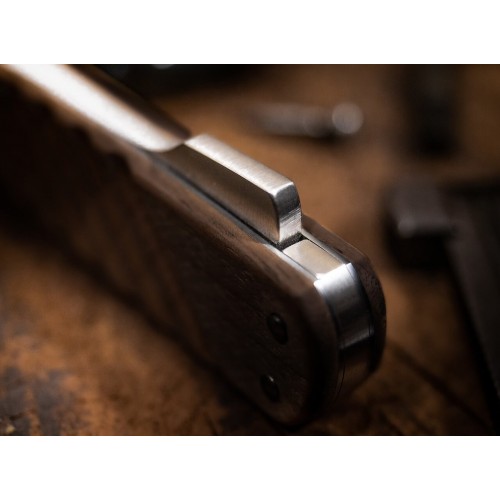 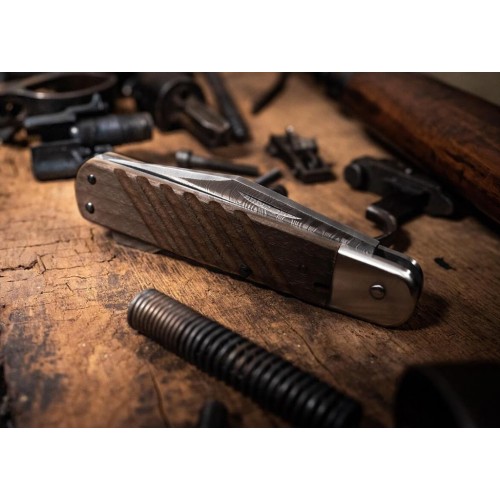 This limited edition Boker 98k-Damascus brings an important piece of German military history to life. The world-famous 98k carbine was introduced as a standard service rifle by the Wehrmacht, The German Armed Forces in 1935 and remained the most widely used handgun by German soldiers until the end of the Second World War in 1945. The bolt action rifle was based on the Mauser System 98 breech system, which was used with the 98 rifle as the standard weapon of the German Army as early as the First World War.As a reaction to the introduction of the first low smoke ammunition in France, the German Army Command had already commissioned the development of a new cartridge in 1887. This also included the tender for a new rifle. The Prussian Rifle Testing Commission chose the 98 rifle of the brothers Franz-Andreas and Peter-Paul Mauser, who were already known to the Commission for the excellent design and workmanship of the Model 71 from gunpowder times. The rifle locking system, known internationally mainly as the Mauser system, was officially introduced in the Prussian Army in 1898. The pioneering features were the wing safety with three safety positions, the generously dimensioned non-rotating extractor with controlled cartridge feed and the two vertically locking nipples on the head of the chambered case. Reliability, robustness and handling safety make the system to this day the most frequently built and reproduced chamber bolt repeater system in history, and it continues to be manufactured worldwide for civil purposes.The Boker 98k-Damascus picks up different design elements of the 98k bayonet and is also equipped with a unique damascus blade made of the Mauser carbine barrel steel. The remarkable damascus with 80 layers is forged for us by Chad Nichols by hand in the Ripple pattern. The unique blade with its pronounced ricasso is opened by nail nick and reliably locked by a stable backlock. The handle scales made of local walnut wood take up the diagonally grooved structure of the bayonet handle scales and provide a secure grip. Under the steel bolster, the transverse groove for lateral cleaning of the shaft of the cleaning rod holder has also been adopted. Handmade in the Boker Knife Manufactory in Solingen. With noble floating display, certificate of authenticity and individual serial number.

Quickview
Boker Ceramic black 130c3s
135.00€ Ex Tax:111.57€
Add to Cart Add to Wish List Compare this Product
Tags: Boker 98k Damascus 110715dam
We use our own and third-party cookies to obtain statistical data on the navigation of our users and improve our services ... more information here